Chancellor of the Dross
Rare
4BBB
6/6
Creature - (Vampire)
Flying, Lifelink
At the beginning of the game, if ~ is in your hand, you may reveal it. If you do, at the beginning of your first upkeep, you may have each opponent lose 3 life. Gain life equal to the life lost this way.

Praetor's Grip
Rare
1BB
Sorcery
Search your opponent's deck for a card and exile it facedown. While it's exiled this way, you may look at it and play it as though it were in your hand.

"Species Transplantation"
Rare
4U
Enchantment
When ~ enters the battlefield, choose a creature type.
Creatures you control are the chosen type in addition to their other creature types.
"There is no word more worthless than "evolution" from the mouth of Vorinclex. The only one who knows true Progress is me." -Jin-Gitaxis, Core Augur.

Phyrexian Canceller
Mythic
BBBB
Creature - Horror
5/5
Trample
Whenever a source deals damage to ~, that source's controller sacrifices that many permanents.
"It is blessed compleatness." --Sheoldred, Whispering One

Karn the Releasedd(?)
Mythic
7(mana cost)
Planeswalker - Karn
+4: Target player exiles a card from his or her hand.
-3: Exile target permanent.
-14: Set aside all non-aura permanents exiled by Karn, then restart the game. After that, put into the battlefield under your control all cards set aside this way.
(loyalty) 6

Puresteel Paladin
Rare
WW
2/2
Creature - Human Knight
Whenever an Equipment enters the battlefield under your control, you may draw a card.
Metalcraft - As long as you control 3 or more artifacts, equip costs of equipment you control is 0.

Norn's Annex
Rare (grrrrr)
3PP
Artifact
(P may be paid for with either or 2 life.)
Creatures can't attack you or Planeswalkers you control unless their controller pays P for each attacking creature.

"Phyrexian Unlife"
Rare
2W
Enchantment
You do not lose the game for having 0 or less life.
While you are at 0 or less life, all sources of damage to you gains Infect.

"Psychological Surgery"
Rare
1U
Enchantment
Whenever an opponent shuffles his library, you may look at the top 2 cards of your library. You may exile one of them, then put them back on top of your library in any order.

"Spellsplitter"
Rare
2
0/4
Artifact Creature
P: Target spell that targets a single creature targets ~ instead.
(P may be paid for with either or 2 life.)
"I'll show Vorinclex that for progress you require more than just teeth and nails." - Malcator, Unifier

"Screamwhip"
Rare
4
Artifact - Equipment
Living Weapon
Equip PP (P may be paid for with either or 2 life.)
Equipped creature has +1/+1 for each Swamp you control.

Hex Parasite
Rare
1
Artifact Creature - Insect(?)
1/1
P: Target a permanent. Remove up to X counters from that permanent. ~ gains +1/+0 until end of turn for each counter removed this way.
(P may be paid for with either or 2 life.)

"Spawning Shell"
Rare
3P
Artifact
(P may be paid for with either or 2 life.)
P, T, sacrifice a creature: Search your library for a creature with CMC equal to or less than the sacrificed creature's. Put that creature into play, then shuffle your library. Play this ability only when you can play a Sorcery.

"Invasion Parasite"
Rare
3RR
3/2
Creature - Insect
Imprint - When ~ enters the battlefield, exile target a land.
Whenever an opponent plays a land with the same name as the exiled card, ~ deals 2 damage to him or her.

Scrapmetal Fiend
Rare
R
*/*
Creature - Construct
~'s power and toughness are each equal to the number of artifact cards in all graveyards.
Zitat PN

X[PB]: Target a Permanent. Remove up to X counter from that permanent. Hex Parasite gains +1/+0 for each counter removed this way.

(PB may be paid with either b or 2 life) 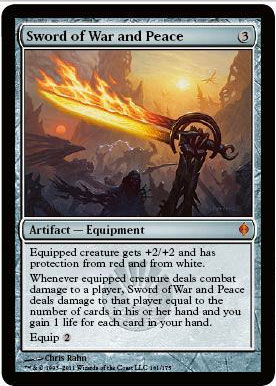 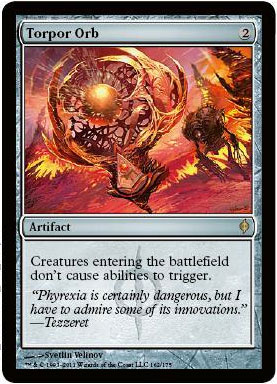